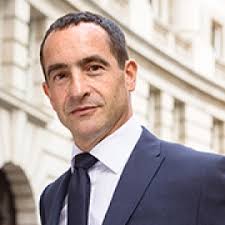 For the first time ever, a majority of the United Kingdom’s energy needs have been met by low-carbon sources thanks to wind and solar energy, although nuclear energy also played a significant role.

The world's energy and transportation systems are in a period of upheaval not seen since the beginning of the twentieth century. Our speaker - Michael Liebreich – a world expert in alternative energy - will address some of the key trends in technology, economics and finance which are driving these transformations, and how they interact with underlying social, environmental and development constraints. From super-low-cost renewables to driverless cars, from President Trump's promise to bring back coal-mining jobs to neonatal units in Africa getting solar power - be ready to be inspired and challenged.

Michael Liebreich is Chairman and CEO of Liebreich Associates, Founder and Senior Contributor to Bloomberg New Energy Finance, and a Board Member of Transport for London. He is a Visiting Professor at Imperial College's Energy Futures Lab, and a member of the high-level advisory group for the UN Secretary General's Sustainable Energy for All initiative.

Michael serves on the advisory boards of The Hawthorn Club, an international network for professional women in the energy industry, Women in Sustainability, Environment and Renewable Energy (WiSER), Shell New Energies, the OECD Centre on Green Finance, Imperial College’s Masters programme in Climate Finance and Management, Ignite Power, a fast-growing provider of distributed solar power in Africa. Michael is an inaugural member of the Advisory Council of Abu Dhabi Sustainability Week and a Strategic Committee Member for the World Alliance for Efficient Solutions (Solar Impulse Foundation).Michael is Founder and Chairman of the Liebreich Foundation, Association EcoVillages and traveltech startup, Pearlshare.Previous roles include serving on the World Economic Forum’s Global Agenda Councils on Sustainable Energy and the New Energy Architecture and on the advisory board of the Clinton Global Initiative Energy and Climate Change Working Group. Prior to founding New Energy Finance, Michael helped build over 25 companies as a venture capitalist, entrepreneur and executive, and before that he worked for McKinsey and Company. He has an MA in Engineering from the University of Cambridge, where he won the Wyatt Prize for Engineering and the Ricardo Prize for Thermodynamics. Michael has an MBA from Harvard, where he was a Harkness Fellow and Baker Scholar. Michael has won lifetime achievement awards from BusinessGreen and the UK Renewable Energy Association, and has been a two-time finalist in the Ernst & Young Entrepreneur of the Year Awards. Michael skied for Great Britain at the 1992 Albertville Olympics.

Canapés and drinks will be served.  Guests are welcome.