Philip Brook on the Business of Wimbledon 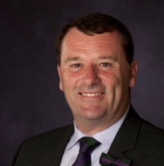 Chairman of The All England Club

How do you run the most successful tennis tournament in the world and one of the biggest global sporting events of any kind?  What are the unique challenges of the business of sport?  What opportunities exist for business in tennis going forward?

From his unique position as Chairman of the All England Lawn Tennis Club and also Chairman of the Tennis Integrity Unit, the anti-corruption body covering all professional tennis around the world, Philip Brook will share his perspectives on the business of Wimbledon and eradicating corruption in sport.

Philip Brook was educated at Queen Elizabeth’s Grammar School, Wakefield, and Fitzwilliam College, Cambridge.  After studying mathematics at Cambridge, Philip joined M&G Reinsurance as a trainee actuary in 1977.  He became a Fellow of the Institute of Actuaries in 1984.  In 1991, he joined R. Watson and Sons (now Willis Towers Watson) and became a Partner in 1992.  From 2003-09 he was a Global Practice Director of the firm’s Insurance and Financial Services Practice, managing a business line with revenue of £80m and over 420 staff worldwide.  He retired from the firm in June 2009.

As a tennis player, Philip was a member of the Cambridge University team in the Varsity Match in 1975-77, captaining the side in 1977.  He was Yorkshire Men’s Singles Champion in 1978, and represented Yorkshire at County Week from 1977-1990.  Philip has been a member of the All England Club since 1989, was elected to the Committee in December 1997, and has been Chairman since 2010.  Philip lives in Woldingham, Surrey, with his wife and their two daughters.

Drinks and Canapes will be served.  Guests welcome.