Join alumni from Wharton, UPenn and other IVY League schools for an exceptional evening of music, as legendary composer Michel Legrand, three-time Oscar and five-time Grammy Award winner, performs and conducts 60 years of music and movies with the Royal Philharmonic Orchestra.

There will also be an opportunity to meet Ms Elaine Bedell, Chief Executive of Southbank Centre at the reception. Previously, Elaine had senior roles at the BBC and ITV where she produced some of the UK’s most popular titles including Strictly Come Dancing, The X Factor and Britain’s Got Talent. Elaine has won a BAFTA and a British Comedy Award.

Places are Limited, so book early

An exceptional evening – not to be missed

Join us for an evening of spellbinding music performed by some of the world’s most accomplished musicians and network with your fellow alumni club members.

£25pp for drinks reception only

Michel Legrand’s impact on 20th-century music cannot be overstated and this once-in-a-lifetime concert celebrates the unforgettable scores from The Umbrellas of Cherbourg, Yentl, Summer of 42, and Wuthering Heights.

The evening also features tributes to Jean-Paul Rappeneau (The Scoundrel, A Matter of Resistance), Steve McQueen (The Thomas Crown Affair, The Hunter, Le Mans) and more.

Beginning his meteoric rise to fame as accompanist to Maurice Chevalier, Legrand went on to be at the forefront of the French New Wave, collaborating with Jean-Luc Goddard and Jacques Demy, with whom he invented a new genre of film music.

His worldwide reputation was cemented with ‘The Windmills of Your Mind’ from The Thomas Crown Affair, and no other European composer has a filmography that includes Orson Welles, Marcel Carné, Clint Eastwood, Norman Jewison, Louis Malle, Andrzej Wajda, Richard Lester, and Claude Lelouch, to name just a few. 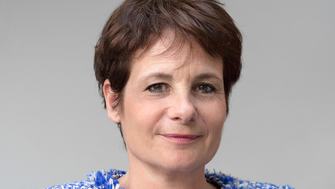 Elaine Bedell is the first woman Chief Executive of Europe’s largest arts centre in its 66 year history.  Elaine has enjoyed a twenty-five year career in the media, working in senior roles at the BBC and at ITV where she commissioned and produced some of the UK’s most popular and original factual, entertainment and comedy titles including Strictly Come Dancing, The X Factor, Britain’s Got Talent and Top Gear. She became a BBC producer at the age of 23, making talk shows and documentaries for BBC Radio 4 and eventually, a wide range of factual formats and entertainment shows for television. In 1995, she set up her own production company, Watchmaker, which seven years later she sold to the Chrysalis Group, staying on for a further two years as MD of Chrysalis Entertainment. After a stint as the Managing Director of the newly formed commercial arm of the Royal Shakespeare Company, Elaine eventually returned to the BBC as Controller of Entertainment, moving across to ITV as Director of Entertainment and Comedy in 2009.

Elaine has won a BAFTA and a British Comedy Award and was Executive Chair of the Edinburgh International TV Festival for four years.  She was appointed a Trustee for the V&A Museum by the Prime Minister in 2015.

Tickets are non-refundable but are transferable to a nominated Wharton Club Member of your choice, so long as your nomination reaches [email protected] by 5 pm two days before the event.