Wharton Angels Network and Wharton Entrepreneurs Network jointly present: Starting It Up! What help do entrepreneurs need to create a business and where to get it? 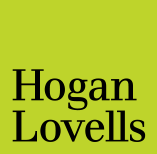 As a passionate and visionary entrepreneur, you may have developed your business idea, created an MVP, decided on which customers to target and motivated top talents to join your team. Setting up legal agreements, dealing with compliance issues and tracking financials of your business on a daily basis may not be the things you are most keen on.  But those “boring” things are critical building blocks for a sustainable business.

Entrepreneurs who have built successful businesses and service providers who help start-ups avoid unnecessary mistakes will share their experiences and insights on how to build a sustainable business from scratch!

Andy is an entrepreneur and business angel with an established track record in founding and scaling up innovative Biotech and Healthtech companies in the UK. He is currently Chairman of Arecor, Congenica, Abcodia, and the Babraham Research Campus and is a Director of Ieso Digital Health, Silence Therapeutics plc, Cancer Research Technology (commercial arm of CR-UK), Cambridge Temperature Concepts, and Cambridge University Hospitals NHS Foundation Trust. He is an advisor to Cambridge Innovation Capital and the UCL Technology Fund. His early career spanned positions with ICI (now AstraZeneca) and PA Technology, and he was a founder and executive director of Chiroscience plc. Since 1999 he has founded, invested in and helped to scale more than 25 innovative ventures including companies such as Vectura, Arakis, Cambridge Biotechnology Ltd and Geneservice.  Andy is also a founder member of the Cambridge Angels and a trustee of the British Science Association.

Tyler is VP of Product at Pi and President of AMEE. Tyler started his career developing data intensive mapping technology tools for data driven environmental decision-making. His first job led him to post-conflict Liberia, West Africa, where he managed efforts to reform the country’s forest industry, which successfully lift UN sanctions, and an investment fund supporting new companies. Tyler then founded Natural Capital Advisors, an advisory firm that worked with governments, the World Bank and private sector to assess and manage resource related risk. With passion for entrepreneurship and technology, Tyler attended the Wharton School MBA program and worked at Salesforce.com, where he re-launched their developer platform. Seeking to combine interests in tech, data, environment and entrepreneurship Tyler then worked at Amadeus Capital Partners, a leading European venture capital fund, where he focused on software and cleantech opportunities. After completing the series B investment in AMEE, an environmental data platform, he joined the company where he then held various roles including Head of Marketing, VP of Product, and ultimately CEO. As CEO, Tyler grew a strong team, raised capital, launched new products attracting over 1 million users, and tripled enterprise software sales over 18 months, after which it was acquired by Pi. Tyler lives London with his wife and daughter where he regularly teaches yoga, runs triathlons, and travels as much as possible. Follow him on twitter @wtylerchristie.

Ben Farren is the Founder and CEO of SPOKE - a vertically integrated menswear ecommerce brand. SPOKE began trading 3 years ago - since when the brand has sold 50,000 pairs of trousers to 20,000 customers, and Ben has raised over £2m in equity capital from a mix of VC’s and Angels. Prior to founding SPOKE, Ben raised a similar sum of money to launch Splash Cash in Freetown, Sierra Leone - still West Africa’s only profitable mobile banking startup. Ben is a recovering management consultant. After taking a degree in History, he spent six years with Marakon in their London, New York and Singapore offices. He still makes a beautiful powerpoint slide.

Derek B. Meilman is a corporate lawyer at Hogan Lovells whose practice spans all stages of the business life cycle. He acts for startups and growth companies, as well as the venture capital and private equity funds that invest in them. For later stage companies and their investors and acquirers he tends to handle complex cross-border M&A, including acquisition activity related to business restructurings. With experience in diverse industry sectors, including financial services, fintech and industrials, Derek is frequently engaged in matters involving public policy or that are intended to foster economic development.

Pratik Sampat is CEO of the accounting firm ihorizon which he founded in 2008 with 15+ years experience in finance and accounting. Pratik is a go-to member of the tech startup community for finance expertise, helping hundred of entrepreneurs grow their business and mentoring at several co-working spaces, incubators and accelerators. ihorizon (http://ihorizon.co.uk) are a London based accounting firm specialising in accounting and finance solutions for entrepreneurs and tech startups. With over 8 years experience in helping entrepreneurs and startups in the tech industry grow and an impressive client list, ihorizon are establishing themselves as a key thought leader in tech startup accounting.

Tickets are non-refundable but are transferable to a nominated Wharton Club Member of your choice, so long as your nomination reaches [email protected] by 5pm two days before the event.

Events organised by another party are asterisked. Please address any technical/service issues directly with that party, else please email: [email protected]