“Will Joe Biden with a Democratic Senate be transformational?” 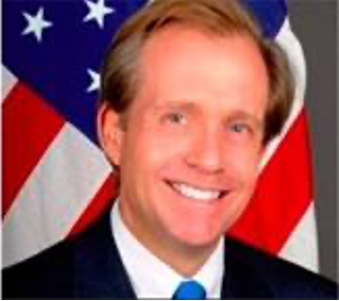 Lew Lukens is Senior Partner in London for Signum Global Advisors.  He previously served for thirty years as a US Foreign Service officer, representing the US overseas across five administrations and five continents.

Among his many assignments, Lew served as US Ambassador to Senegal and Guinea-Bissau, Deputy Executive Secretary for Secretary Hillary Clinton, Senior Director at the National Security Council working for Dr. Condoleezza Rice and President Bush, and US Consul General in Vancouver.   Most recently, Lew was the Deputy Chief of Mission at the US Embassy in London.

Lew also worked in Baghdad, Dublin, Sydney, Abidjan, and Guangzhou, as well as multiple tours in Washington.  At the National Security Council, he helped to coordinate the US government response to the 9/11 terror attacks.

Lew has an AB from Princeton University.  In 2002 he was selected by the State Department and Princeton for a John Weinberg Fellowship and received his MPP from the Woodrow Wilson School of Public and International Affairs."