The Wharton UK AI Studio is an initiative of the Wharton Club of the UK aiming to strengthen the connection between Business Professionals, Domain Experts, and Researchers in Artificial Intelligence.

In the second of the WCUK series hosted by George Gvishiani we will be exploring AI in EdTech and Teaching Mathematics to the world. It is a real honor for Wharton Community to work on and collaborate with Professor Gilbert Strang who is among the most recognised Mathematicians of our times. 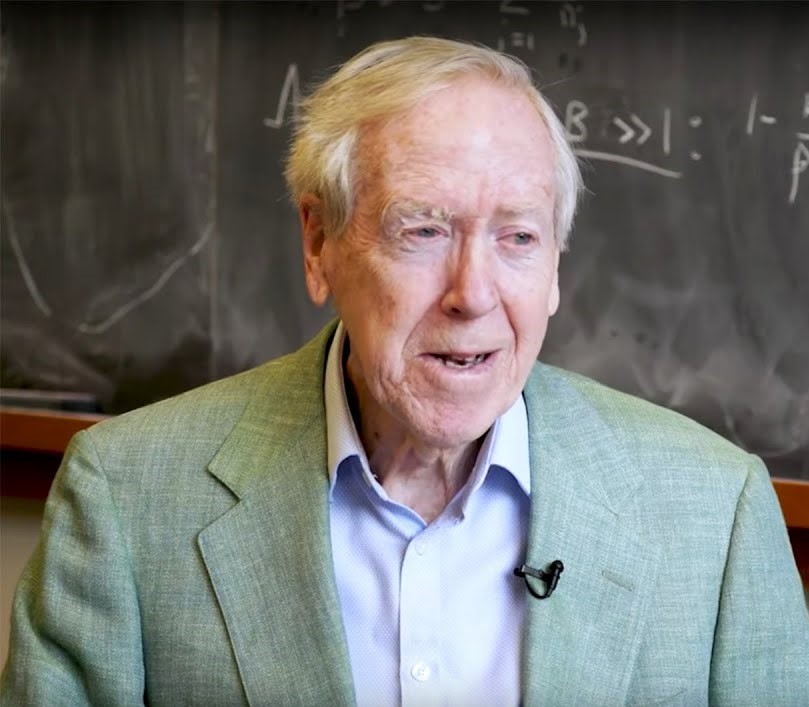 Gilbert Strang is probably one of the most well-known Mathematicians of the modern world. He is recognized for his beautiful teaching style. His MIT class, - Linear Algebra 18.06 - was published in 2002 for the general public within the framework of MIT’s novel initiative OCW (OpenCourseWare). Since then, classes were viewed by more than 12 million students around the world.

It is worth mentioning that Gilbert Strang helped to teach Linear Algebra to the event host, George Gvishiani as well, who is the first-hand witness of the power of his teaching style. Gilbert’s method helps us understand Mathematics and generates motivation to maintain the knowledge acquired as well as do further research in the field. His most recent book Linear Algebra for Everyone is another attempt to make the subject accessible to the broadest audience.

Gilbert Strang was an undergraduate at MIT and a Rhodes Scholar at Balliol College, Oxford, 65 years ago! Very recently, during the COVID-19 lockdown, he received the Irwin Sizer Award for the Most Significant Improvement to MIT Education!

Gilbert’s Ph.D. was from UCLA and since then he has taught at MIT. He has been a Sloan Fellow and a Fairchild Scholar and he is a Fellow of the American Academy of Arts and Sciences. Gilbert is a Professor of Mathematics at MIT, an Honorary Fellow of Balliol College, and a member of the National Academy of Sciences.

Gil Strang was the President of SIAM during 1999 and 2000, and Chair of the Joint Policy Board for Mathematics. He received the von Neumann Medal of the US Association for Computational Mechanics, and the Henrici Prize for applied analysis. The first Su Buchin Prize from the International Congress of Industrial and Applied Mathematics, and the Haimo Prize from the Mathematical Association of America, were awarded for his contributions to teaching around the world.

Professor Strang has published thirteen books. He wrote his most recent book, Linear Algebra for Everyone (out in August 2020), during COVID-19 lockdown. His textbooks are published by Wellesley-Cambridge Press and distributed by Cambridge University Press in the UK.

Gilbert Strang's home page is math.mit.edu/~gs/ and his video lectures on linear algebra and learning from data and computational science and engineering are on ocw.mit.edu (mathematics/18.06, 18.065 and 18.085) and Youtube.